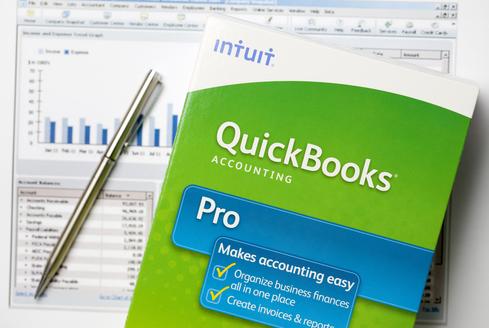 Cyberattackers are hiding behind the QuickBooks brand to disguise their malicious activity, researchers are warning. The effort is a “double-spear” approach that packs a one-two punch: Stealing phone numbers and making off with cash via bogus credit-card payments.

The popular accounting software allows customers to sign up for cloud accounts, from which they can send out requests for payment, invoices, and statements, all coming from the quickbooks.intuit.com domain. According to an analysis from Avanan, cybercrooks are taking advantage of this to send out malicious versions of QuickBooks documents — and email security filters, having determined that the address isn’t spooked and comes from an “allowed” domain, pass the messages right on to inboxes.

The campaign started in May, researchers noted in a blog post on Thursday. The email body spoofs brands like Norton or Microsoft 365 (formerly Office 365) and often claim that the targets owe monetary damages. The offensive casts a wide net, targeting companies across all industry segments, according to the firm.

“It presents an invoice and encourages you to call if you think there are any questions,” Avanan researchers noted in their analysis. “When calling the number provided, they will ask for credit-card details to cancel the transaction. Note that the number is one associated with such scams, and the address doesn’t correlate with a real one.”

Once the end user calls to see what’s going on, the hackers then harvest the phone number, allowing them to use it for follow-on attacks via text message or WhatsApp. They also receive the credit-card payment, so the campaign is two-pronged in terms of victim pain.

“On this one, we’re dealing with a fairly sophisticated level as hackers have found a way to know that this attack will work and to do a double spear, gaining money and credentials,” Jeremy Fuchs, cybersecurity research analyst at Avanan, tells Dark Reading.

He adds, “Like any social-engineering scam, the likeliness of someone falling for this depends on the user. Given that the email comes from a legitimate QuickBooks domain and it’s an invoice for what looks like a legitimate company, it might catch some users off-guard.”

Using the legitimacy of cloud domains to reach the inbox is not a new approach, of course. But particularly as many businesses continue to support remote workers with cloud services and software-as-a-service apps, the approach has been cresting as these channels are less protected than traditional email gambits.

“With regards to broader trends that this falls into, we’ve seen hackers utilize legitimate sites for illegitimate purposes,” Fuchs says. “Leveraging the reputation of a legitimate business is a great way to get into the inbox. Additionally, we’ve seen an uptick in hackers grabbing money and harvesting phone numbers for future attacks.”

While other cloud services like Evernote, Dropbox, Microsoft, DHL, and many more have been abused in this fashion by phishers, nefarious types have leveraged Google in particular over the past few months.

For instance, in January, a threat actor used the comments function in Google Docs to dupe targets into clicking malicious links. After creating a document, the attacker added a comment containing a malicious link, then added the victim to the comment using “@”. This action automatically sends the target an email with a link to the Google Docs file. The email displays the full comment, including the bad links and other text added by the attacker.

“Organizations can’t block Google, so Google-related domains are allowed to come into the inbox,” according to Avanan. “These static lists are continually pilfered by hackers. This has manifested itself in hackers hosting phishing content on sites like Milanote.”

To guard against attacks like these, Avanan recommends the following:

How To Get An ISO27001 Certification